A sea of blues

This weekend saw a major shift to a fully painted room. First, we had to pick the color...blue, blue or more blue? Not too purple, not too green, not too gray, not too dark, not too light...

I'm so glad Brent tinted the primer one of the colors we were considering, because it became very clear that was NOT our color. It read very purple in the space, and we had an inkier color in mind. Enter the sample cans. As much as I dislike spending money, when you're going to commit to a color that is literally going EVERYWHERE in the room (trim, walls, bookshelves), this was a wise investment. 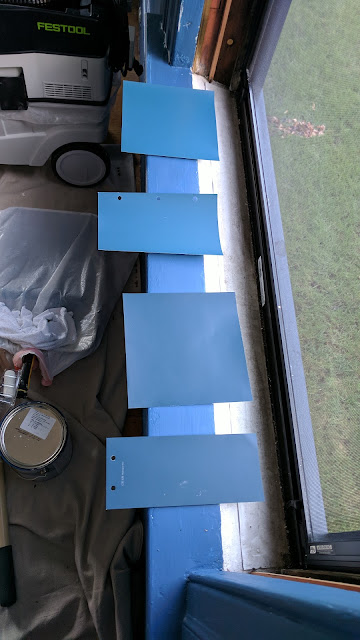 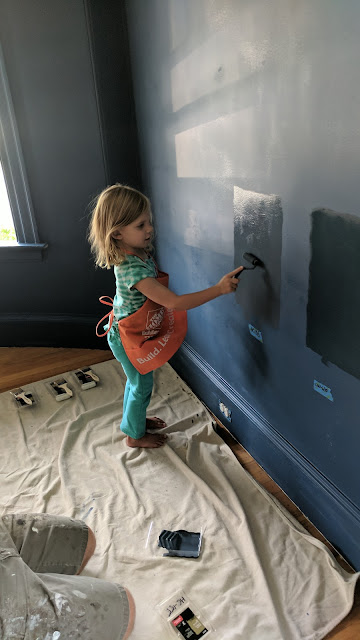 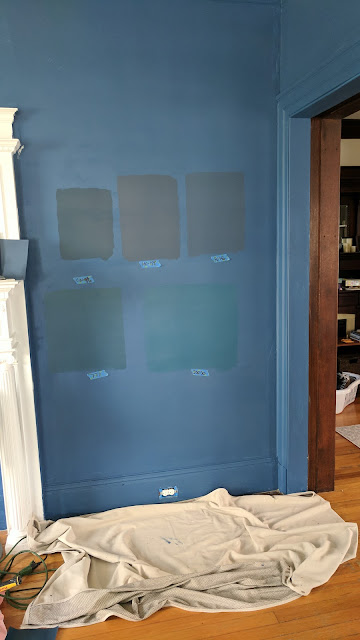 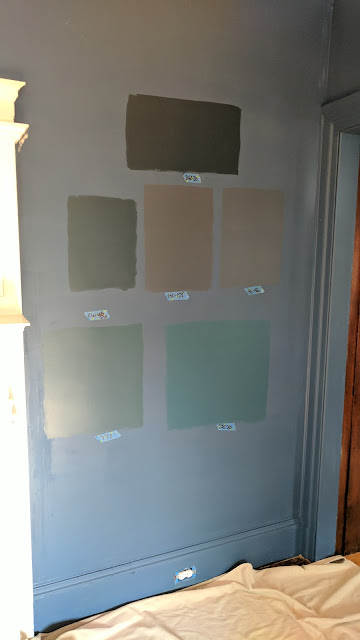 Tessa even got in on the action!

Colors we actually tested from top to bottom, L to R, (all Benjamin Moore):

Next came the first coat of trim: 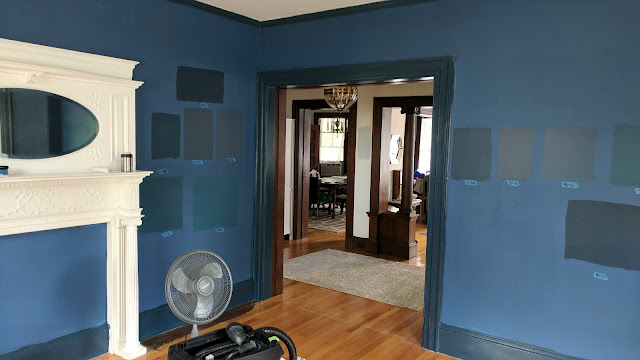 And then the walls! 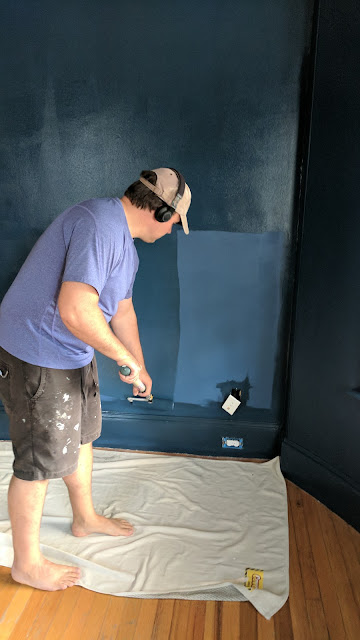 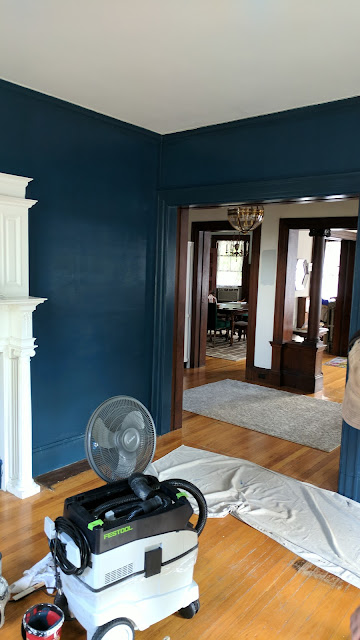 Brent was on a mission, and finished it up late last night after our neighbor's BBQ. 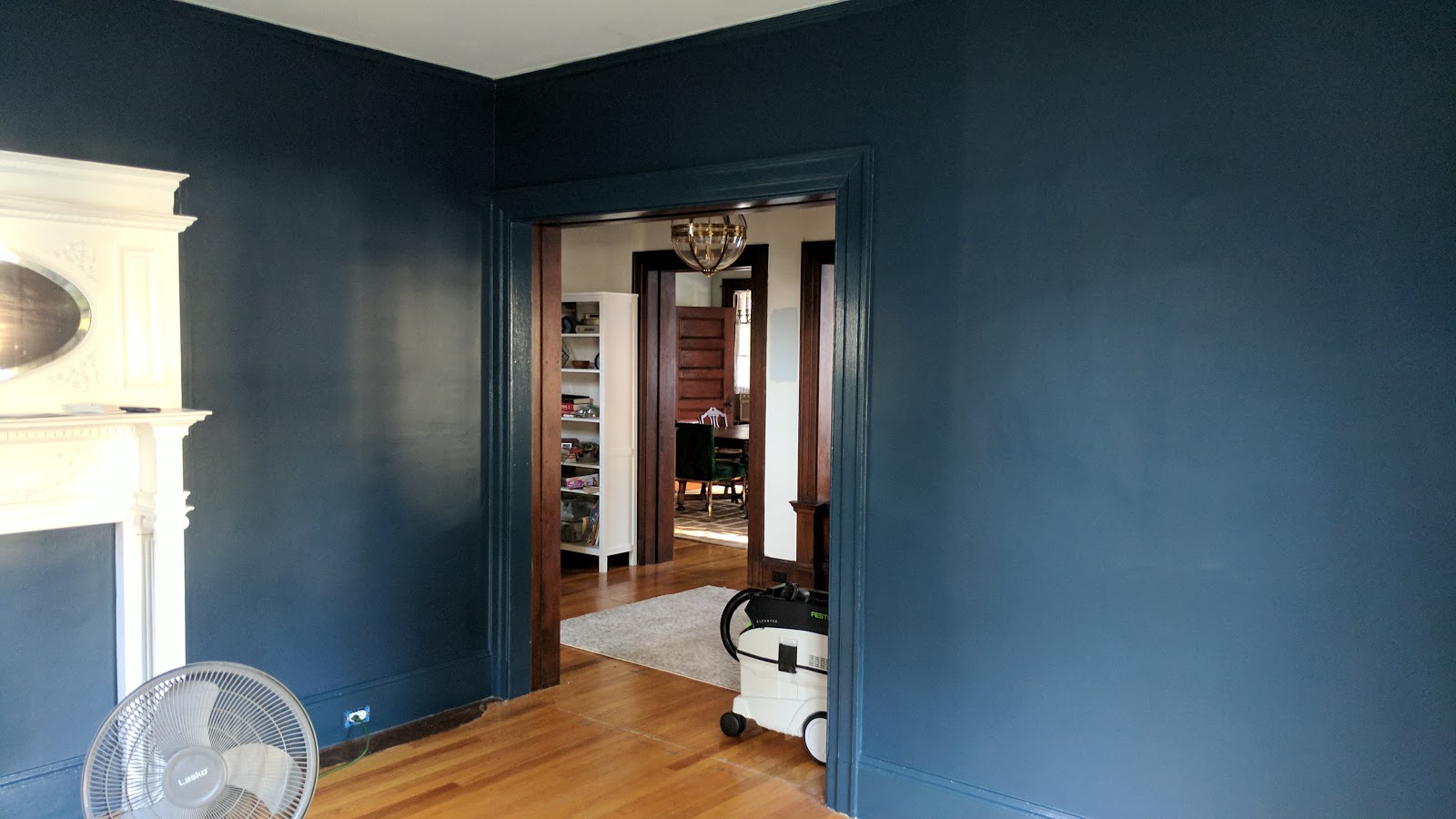 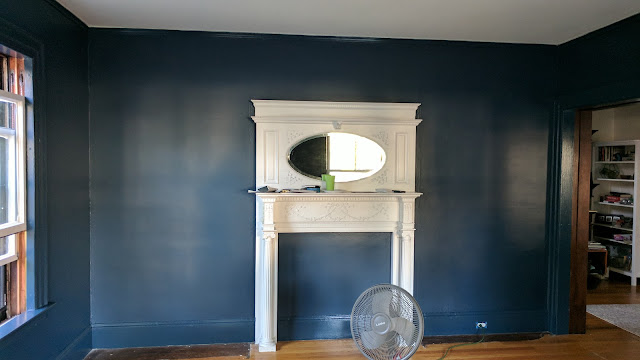 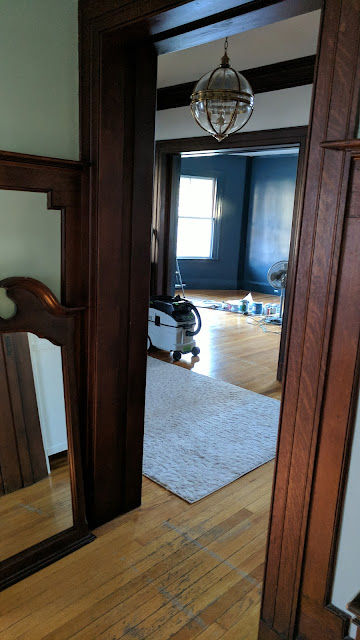 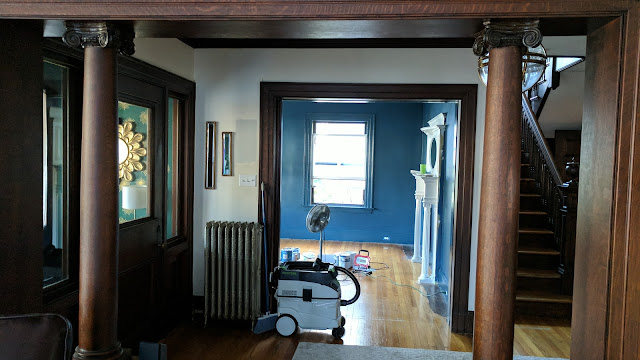 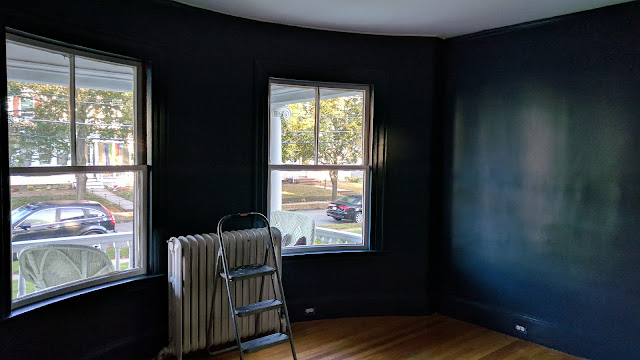 The early morning light (this room faces west) revealed the inky, mercurial, stately blue I was hoping for.  It kind of draws you in and you peek in from the Living Room or Dining Room.

Brent also braved late-August-weekend Ikea (he went straight to the warehouse armed with the exact spots he was heading and brought home the bones for our will-be bookshelves on the mantle wall. 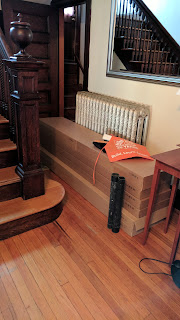 We are excited to get them assembled so we can start problem-solving a couple of issues and finalize some details on the design.

More to come this weekend!
Posted by Liz B