The goal for Monday was to get the floor installed.  It was the only other major project we could tackle prior to our inspection for our framing/insulation (happening today at 2pm).

After much debate in the planning process, we decided to try to blend the kitchen flooring with the rest of our downstairs' lovely old oak hardwood floors.  The other option that had been tossed around was Marmoleum tile in white and light grey. Brent was definitely opposed to tile (slate would have looked cool), as it was cold underfoot.  After reading some reviews of the marmoleum click tiles that didn't have me thinking it was the best choice for durability, we decided to keep it simple and go with prefinished hardwood.  The prefinished is the toughest surface you can get on hardwood floors, important in a kitchen.  Also, with doing the install ourselves, the hardwood was even more cost-effective than the marmoleum. 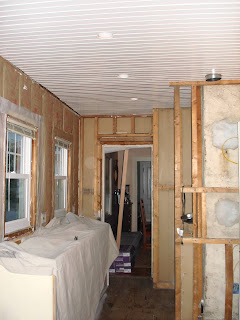 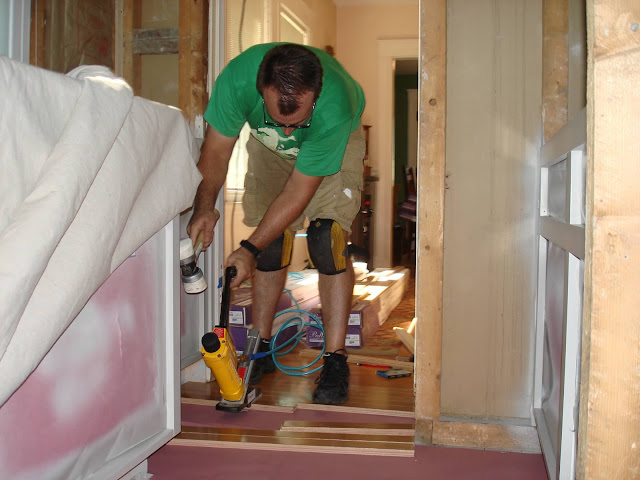 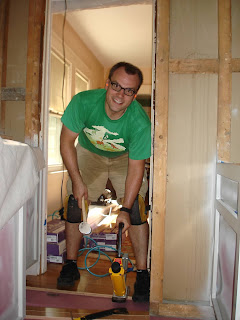 Brent was up bright and early and had rented the toe nailer at 6:30...  We vacuumed the subfloor thoroughly, laid down some rosin paper, and got right to it.  We decided to start at the entrance to the dining room, because that was the most obvious transition, and we wanted a nice full piece there.  We decided to keep the wood running the way it does in the entire downstairs.  We were even able to marry the new to the old after modifying the groove on the new piece.

Hardest parts of the job:
1. Undercutting all of the door jams.  Each one seemed to have a family of nails living in it...

2. Swinging the soft hammer to snug the boards/hit the nail gun.  I had limited experience, but Brent kept it up all day...and that thing was HEAVY. 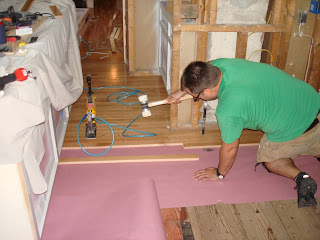 3. Going from the short run between the counters to the open space of the kitchen, which also happened right at the gas line for the stove. 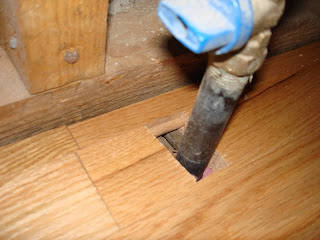 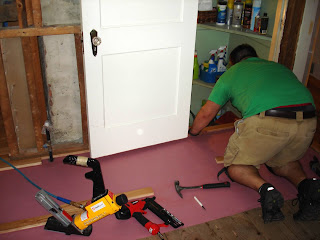 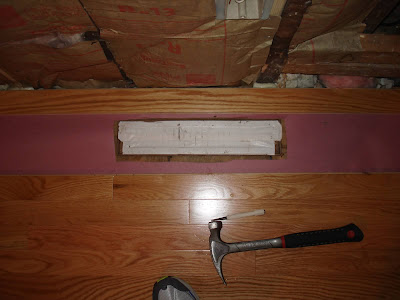 Other than that, we had a pretty good system going.  I unpacked the boxes of wood, spread them out, and measured for boards/runs of boards that Brent needed.  I also made all of the cuts needed at the end of a row.  Our system was pretty effective. 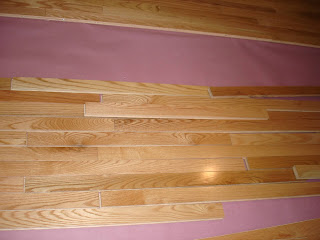 We took a lunch/Home Depot break around 2:30, and were done at 8.  It was a very long, very tiring day - especially after doing the ceiling the day before, but now only drywall stands in the way of cabinet installation - our goal to start Friday and have done by Saturday night - SO WE CAN TAKE SUNDAY, MONDAY  & TUESDAY OFF!  Hopefully, countertop templating will happen next Wednesday! 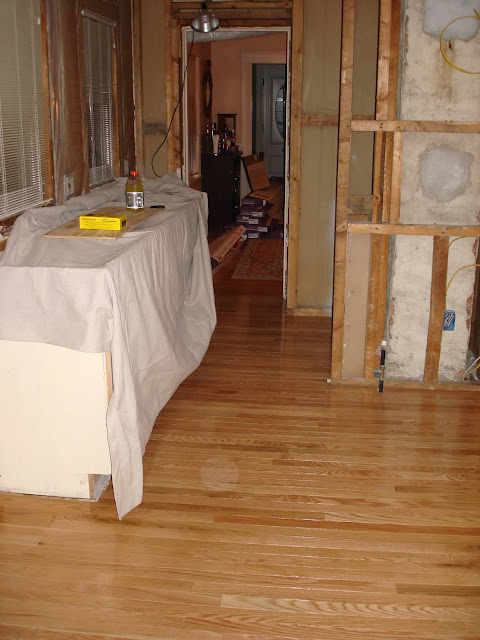 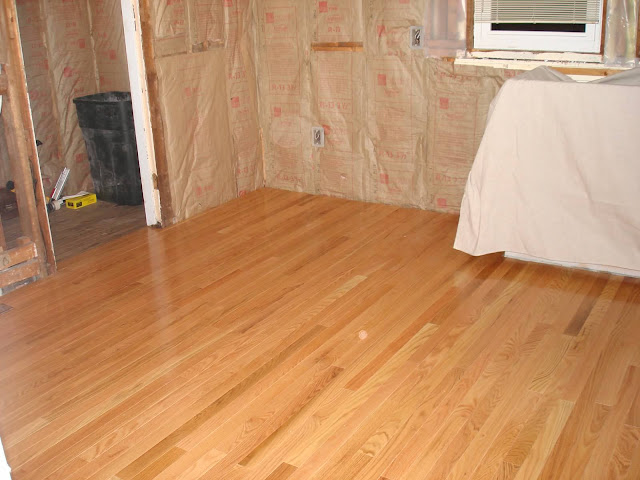 Posted by Liz B